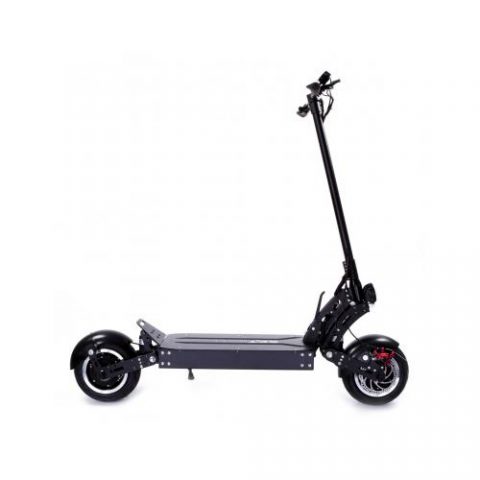 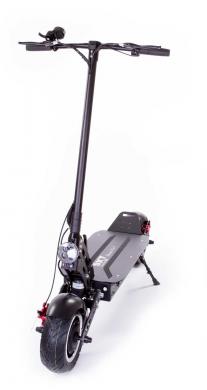 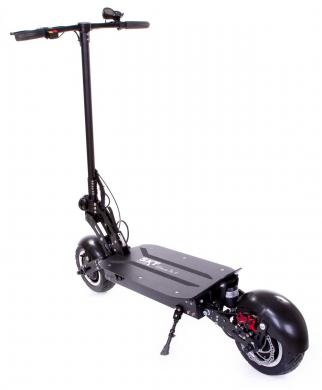 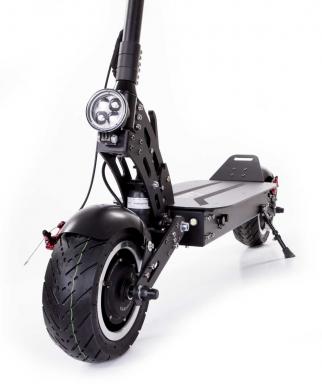 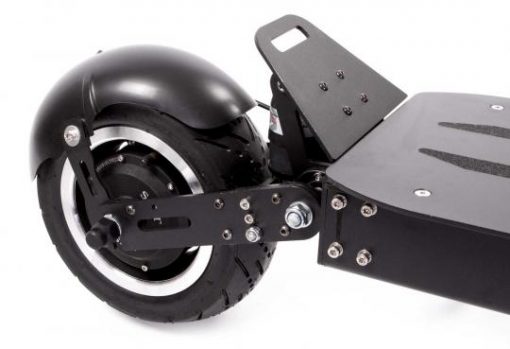 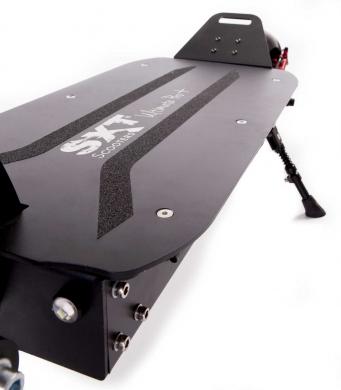 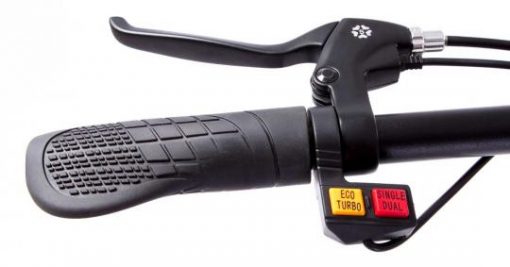 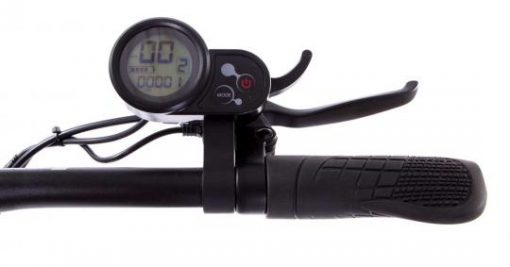 For the totally crazy and completely insane, there are good news. Anyone who thought that the SXT Ultimate Pro was already the pinnacle, have been completely wrong – now there is the SXT Ultimate Pro+ with even more power, even larger battery, even crazier technical data. This model puts everything in the shade.

Legendary 2 x 1.800 W max. engine power – so combined 3.600 W all-wheel drive, literally explode from the two brushless hub motors and speak for themselves. The front engine can be switched on or off as needed. In conjunction with 60V on-board voltage, these two engines catapult the beast to a max. speed ​​of up to 80 km/h. Gradients of 15-20 ° (equivalent to over 30%) are a breeze in full load mode. Talking about the possible range with such an over-engined scooter is actually prohibited from the outset – however this is about 50 km with single-engine drive and economical driving and falls to about 20-25 km in use of both engines.

The built-in brake system consists of front and rear hydraulic brake calipers mounted on 140mm brake discs. The power supply of the vehicle is provided by a 60V 23Ah Li Ion battery pack whose charging time in conjunction with the supplied 2 A charger is due to the large battery capacity around 10-12 hours. To shorten this, there is the possibility to connect a second, optionally available charger, which halves the charging time accordingly.

Also in the lighting of the SXT Ultimate Pro+ it means padding instead of just spilling – on the back shine two high-power LEDs in red – in front a total of 2 high power LEDs and a third LED headlights illuminate the way. Being overlooked is therefore almost certainly impossible. The large tread that covers the battery and control technology under itself measures 60 x 30 cm and is so big enough to be able to stand comfortably and safely at any time.

The tires are 90/65-6.5 CST pneumatic tires with tube and have an outer diameter of 11 inches, mounted on two-part aluminum rims. By default, a road tire is installed on the SXT Ultimate Pro+ to ensure a good and quiet roadholding. Optionally, the tires can also be replaced by studded tires to make a good figure off the paved roads in offroad usage. Mud flaps are installed as standard in the front and rear. The suspension takes over at the front as well as behind a central shock absorber.

The SXT Ultimate Pro+ can be folded to save space, for example, to accommodate this in the trunk of a car. The brute engine power is controlled by a finger grip on the right side of the handlebar. The max. permissible load is 120 kg with a total weight of the electric scooter incl. battery of 41.64 kg.

IMPORTANT NOTE!!! The SXT Ultimate PRO+ model is not allowed to be used under road traffic licensing regulations.

ATTENTION! This is an extremely powerful motorized electric scooter, always wear suitable protective equipment such as a helmet and protectors! No use under 18 years.